The Black Widow spider is also known as the Hourglass Spider and the Shoe Button spider.  Black Widows are native to North America.

The Black Widow spider is very common around homes, barns, and other structures.  Additionally, they can be found under wooden decks, patio furniture, BBQs, pool equipment, firewood, debris piles, rock walls, outdoor garbage cans, and other clutter. In some cases, they can be found every few feet. Black widows are occasionally found indoors as well.

Black Widows are shy, typically building their webs in dark areas.  They often hide out in protected, hard to reach places near their webs during the day.  At night, they may position themselves in the center of their webs waiting for their prey.

Spiders, including Black Widows, eat live prey.  Their diet includes many different kinds of insects, and occasionally other spiders.  Spiders cannot eat solid food.  After killing their prey with venom, spiders then inject it with enzymes which break down the prey’s body contents and enables the spider to suck out the digested, liquefied material.

It is a myth that the Black Widow often eats their mate.  Although this can happen, in most cases the male gets away safely to live and mate another day. 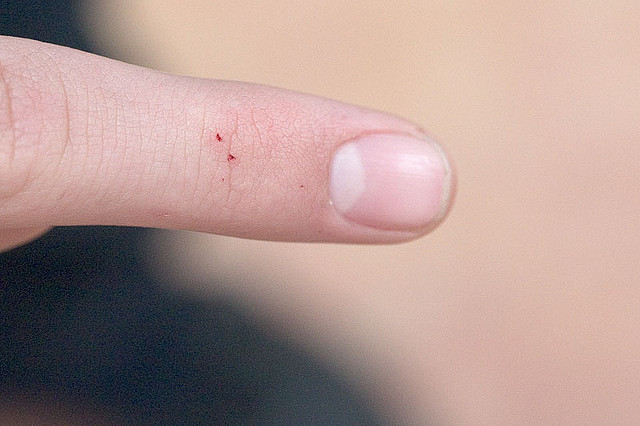 The Black Widow is the most venomous spider in the U.S. and other parts of the world.  Its venom is 15 times more toxic than that of the rattlesnake.  In comparison, however, the Black Widow puts out very small amounts of venom.  The Black Widow is not an aggressive spider; it prefers to be left alone.

Females are very protective of their egg sacks which lay suspended in their web; thus, she is more likely to be aggressive and out in the open on guard. It is during these times or in self-defense that the Black Widow is more likely to bite humans or pets. Self defense is the most common occurrence when a person accidentally places a foot or hand into a black widow’s home.

The Black Widow’s venom is neurotoxic which means it affects the nervous system.  Black widows are capable of killing a human but this is rare.  In most cases, a person bit by a Black Widow will become very ill with symptoms similar to a bad flu.  Symptoms include localized acute pain at the site of the bite, painful muscle cramps, nausea, fever, and difficulty breathing.

Symptoms should dissipate in a few days.  In very rare cases, death can occur.  Children, individuals with a weakened immune system, and the elderly are especially vulnerable.  Many times, when a Black Widow bites humans, it will not inject any venom at all.  However, because of the poisonous nature of her bite, it is very important to seek medical attention immediately.

The Black Widow lays 4 to 9 egg sacks in a summer.  Each egg sack contains on average 300 to 400 spiderlings.  However, most of these spiderlings will not survive due to cannibalism by each other in their early stages of life. 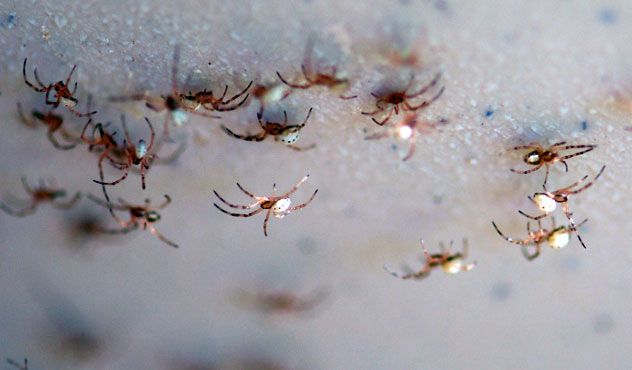 It takes them about 4 months to grow from egg to maturity.  Within a few hours or days, the newly merged spiderlings leave the area by what is called “ballooning.”

The spiderling will climb to a high point, spin a strand of silk, and be caught by the wind to infest new areas.  The average lifespan of the Black Widow is 6 months to 1 year however, they can live longer.

The most common and dangerous issue with black widows is when children get bit. Being small, children are more affected by the venom and it is far easier for a child to “find” a black widow when playing.

Also, many families keep shoes, gloves, and other clothing items outdoors or in the garage. This is a perfect hiding place for a black widow, and they will bite when “attacked” by your fingers and toes as they enter.

We are the only pest control service we know of that focuses on black widow protection. Call us now to help ensure the safety of your children and pets.

We are specialists in Black Widow Pest Control and have established our own proven methods and protocols.

Get a Free Estimate